The fatbike to ride everywhere

The fatbike is, as its name suggests, an obese bike with large tyres (4 to 5 inches wide) initially made to be able to roll on the snow. The good grip provided by the tyres also makes it possible to drive on the sand and in the mud. Therefore, the Fatbike fears no terrain, and it will be adapted for winter in the powder snow as well as summer on a beach in Miami!

The idea of ​​the fatbike was born in the 80s and it was in 2000 that the first models appeared on the market. The practice ihas been democratised in the 2010s through the creation of events and better regulation.

It's a fun and playful practice mainly used in North America during the winter and which has been developing since 2014.

What is the fat bike or big wheel bike

The fork and guy wires are widened to accommodate the large wheels, the large tyres and the rims which are holed to allow the inner tube to circulate.

The frame is rigid and, at first, without suspensions (a rigid MTB in short), it's the low-pressure inflated tyres that will play the role of shock absorber, conform to the shape of the obstacles and offer good grip. RockShox launched the first fatbike model with suspensions, which allows versatile use, including mountain hiking. Today, well-known mountain biker brands like Trek or Haibike offer fatbikes with front and rear suspensions for ever more improved comfort and committed practices.

The electric fatbike also exists on the market. Discover it at Alltricks.com 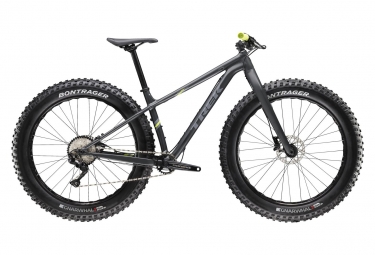 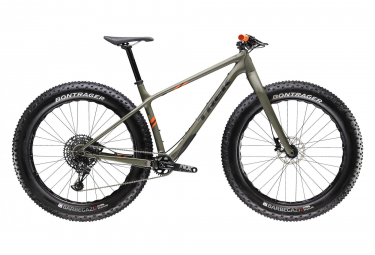 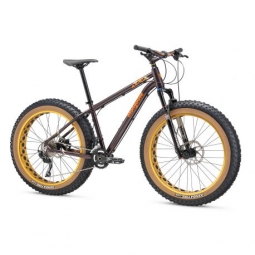